It is not unusual to see managers spending their whole budget on a striker.

Because you can’t win if you can’t score! And who can score more than a quality striker?

But if you like challenges as much as I do, then you probably pick clubs which can’t afford to have any budget or it is very limited.

If that is the case then you probably find and scout some free agents out there.

Luckily for you below is the enormous list with the best free strikers.

There is no frickig way that you won’t be able to find one for your team, no matter which league and club you have chosen to manage.

Also, I suggest that you check out other free players lists:

This is my pick for top free attacking players 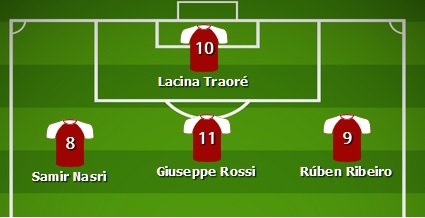 You probably agree that this attack line-up would be great for almost any club!

The Best Free Strikers For FM