The plan is to create the number one tactic for FM 2019 and today I will provide some basic info about the tactic that I have used the most in my FM 2018 save, and which I plan to use in Football Manager 2019.

I have played with a lot of teams with a great success, and with my favorite team GNK Dinamo Zagreb I won everything (even UEFA Champions league!).

This is the basic tactic shape: 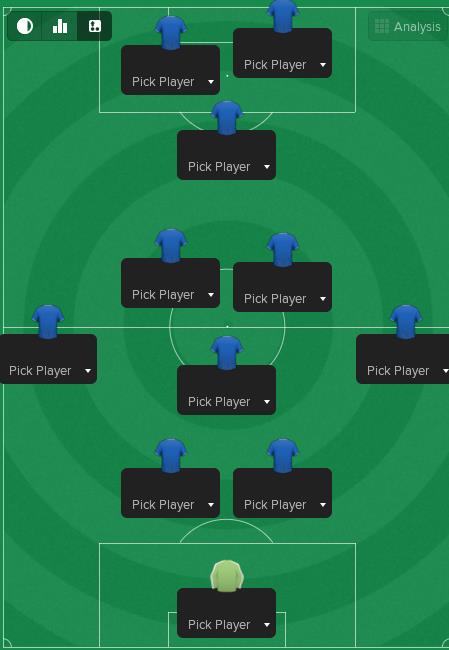 So the basic formation shape is a narrow 41212 with a fast attacking play style.

The basic attack build up starts when HalfBack drops between defenders.

Central defenders spread and in that way get in much easier position to pass the ball to midfield players. 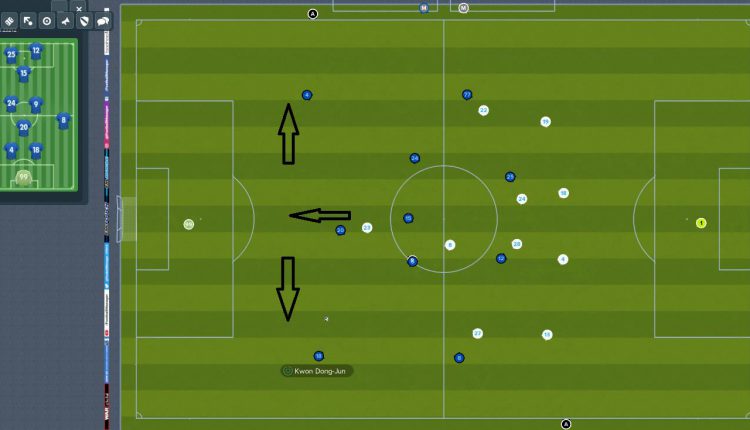 In midfield we see the Enganche or Attacking playmaker to drop between midfielders so that defenders can more easily pass to the left or right central midfield.

Midfielders exchange a few passes and force opponents to narrow up.

This is important because of that they leave our wing backs one-on-one with their defenders.

p.s. fast wing backs with a good dribbling and crossing ability are more than welcomed! 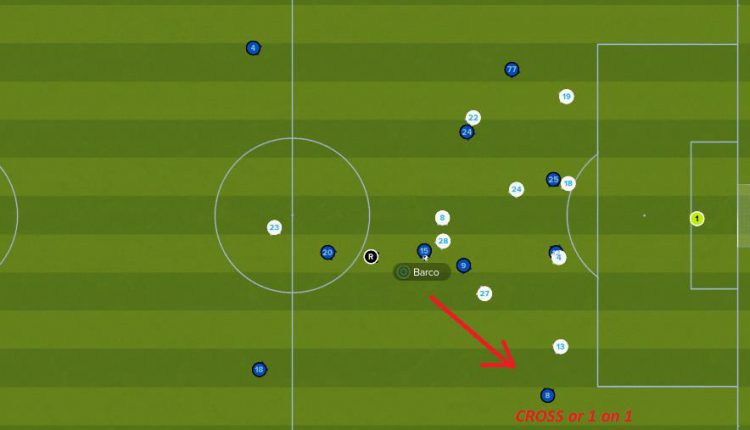 As you can see on the picture up, the ball is then passed on the wings where our wing backs can cross or go one-on-one and put some dangerous low crosses.

So the attacking formation shape is 334 on build-up, and 325 on crosses.

I prefer to have four or five players in the box when crossing. 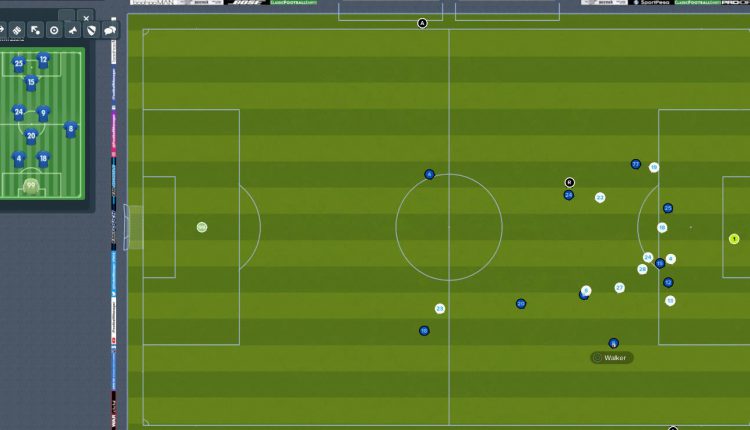 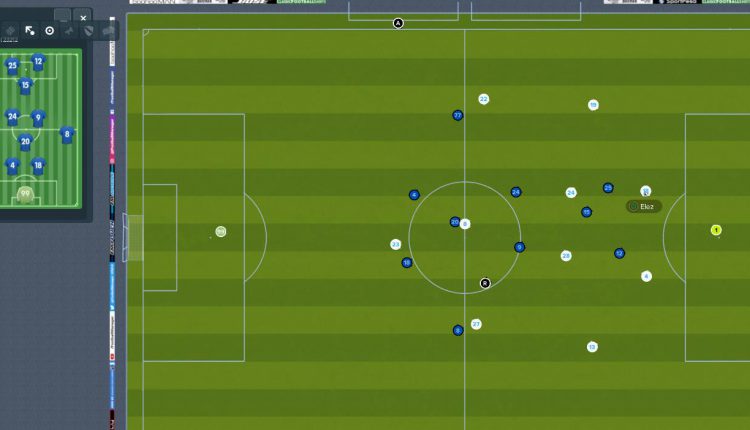 The defensive shape formation is 41212. I like to push up my defensive line, but to keep the rigid shape.

HB close dangerous situations in our final third and two midfielders support wing backs and close our wings when necessary.

Opponents can be dangerous when they create two on one flank situations.

But, to do that they need to have offensive full backs or wing backs, and to play very fast “switch flank” balls. 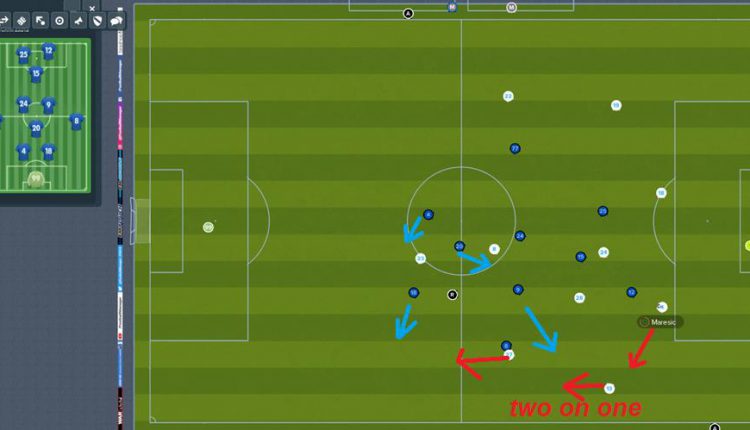 The second dangerous situation is when we lose a ball in midfield; for example, defense tries to pass to our midfield, but the ball is intercepted and immediately played through ball to a striker who can easily lose the defender and go one-on-one with a keeper.

Because of that my defenders need to have good acceleration and passing, and goalkeeper needs to have a great one-on-one ability. 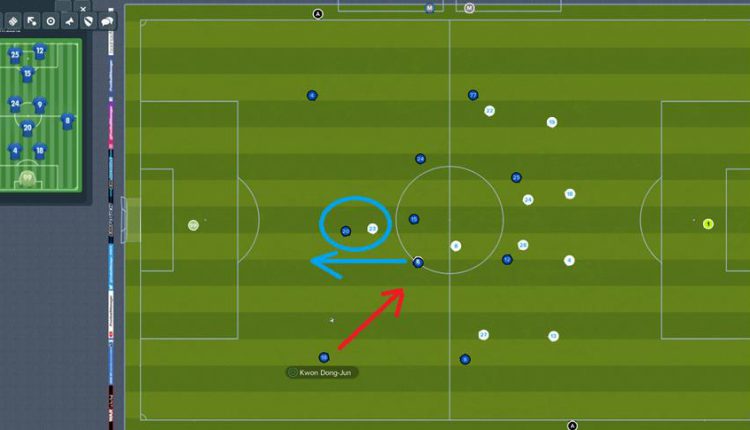 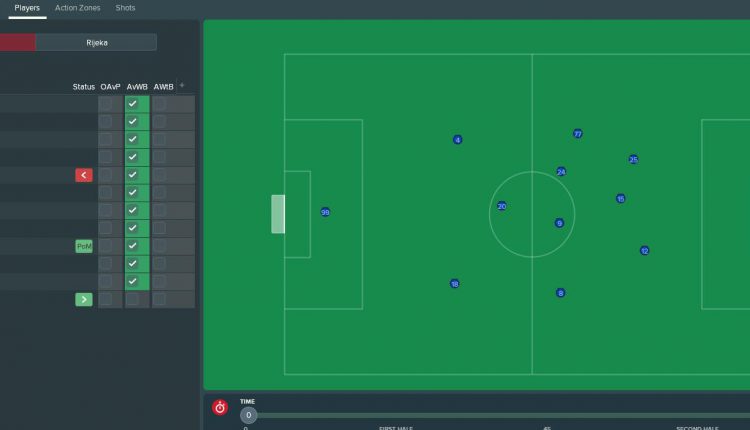 I wanted to play fast modern football in offensive style and a lot of easy clear-cut chances and this is the right way to do it!